An introduction to sound design – Fitting library sounds with your production

Whatever library you get your sounds from, it’s good to realize that you can hardly ever use those sounds ‘as is’ in your mix. I once worked on a sound design job where I had to add sound to an avalanche. One that was quite prominent in the picture. So then it makes sense to start looking for ‘avalanche’ in the library. But this didn’t work, the sound was totally unbelievable. It lacked impact and violence and didn’t match the video. And no matter what ‘avalanche’ sound I chose, there was always something wrong with it.

The trick is to look at the image and learn to see what you’re missing. The best thing to do in these cases is to see what materials produce the sound in the video (so snow, ice and wind in my case) and imagine what kind of sound this would produce.

This also depends on how far away from you the scene takes place. If someone is throwing planks, it’s obvious what kind of sound you need and from which material. But it’s still important to see whether you’re near or far away from those planks as the viewer.

Because as you can see in the tutorial on ‘Mixing‘, when you’re farther away, it not only sounds a bit softer, but you also miss a bit mids and highs. And you might hear some more reverberation from the room. You can simulate this all with EQ plugins and reverb plugins, but often it is better to just look for a sound effect that is clearly recorded with some more distance. 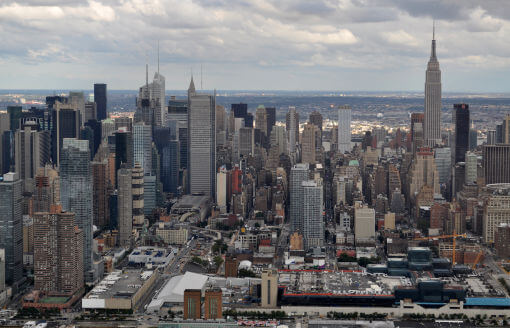 That always sounds more natural. Working the sound for drone shots of a city for example, this is very important. Putting ‘just’ city sounds underneath it does not work if they are recorded in the middle of the city. You need a recording that was taken a little farther away from the city.

In my example of the avalanche I looked purely at what you would expect hear, given the materials and how far away you are as the viewer. In the beginning of the movie the avalanche was still far away, but the snow was getting closer and closer.

So it makes sense that you first hear some more ‘rumble’ in the distance, and later when the snow is near the camera, the ‘hissing’ effects of snow flying around your ears.

The nice thing is that when you see and hear that, you are no longer limited to just the sound of an avalanche. Because that ‘rumble’ you can also get from a sound effect of an earthquake. Or use an explosion, cut the very first part off so you only hear the tail of it and it might sound just right.

The sound of snow closeby was something I couldn’t find in the library either. I ended up using the sound of a tree falling over. The rustling of the leaves gave exactly the ‘hissing’ sound I was looking for. Here again I had filtered out all the low end, because I only cared about the ‘hissing’. This was complemented by the original sound effect of the avalanche, a skier splashing some snow and some wind noise. Now the sound seamlessly matched with what you saw in the picture.