An introduction to sound design – How to get the right sounds

I’ve done a lot of sound design from the studio in my house. To make the right sounds I often just went all over the house looking for the right objects. But I only cared about the sound this thing produced, not about what it was exactly.

So after a while, my wife didn’t really look up when I went back into my studio with half a bottle of wine, a broken Disney umbrella from the kids and a piece of drainpipe from the shed. As long as it makes the right sound, it’s all good. 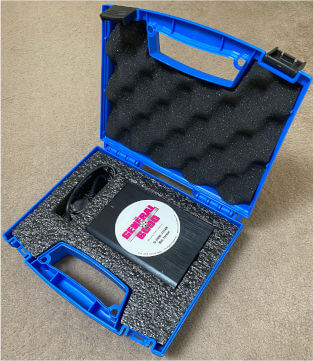 Libraries
Don’t have a broken Disney umbrella or a microphone? You can get a lot of sounds from a sound library. Famous libraries include Hollywood Edge and Sound Ideas. They can ship the SFX on a nice harddrive in an even nicer case if you want, see image above.

You certainly have heard sounds from these libraries, even though you might not know it. They are used in many movies. Put on any Disney movie and you’ll probably hear a bird, bleep, whoosh or car horn from one of these libraries. But there are many more libraries, such as SoundSnap.com. The sounds there are often ‘hit or miss’ if you ask me: either very good, or totally useless. Splice is another example of a common library with great sounds.

I’ve also compiled my own sound effects library over the years. One that doesn’t contain an infinite number of sounds, but only the sounds you use a lot. This library is for sale here, so have a look!